POWAY, Calif. — Poway voters will have the chance in November to vote on what to do with a closed down country club property.

The proposal is to turn the space into “The Farm in Poway,” a new community with homes, a garden, open space and more.

“We’ve met with hundreds of residents, probably had 75 in-home meetings talking to different people about it, and we are presenting what we think is a beautiful plan for a really cool community for people to live in,” said developer Kevin McNamara of the effort put in over the last two years.

McNamara is a long-time Poway resident and the brains behind The Farm, which would transform the former Stoneridge Country Club property.

The project proposes putting 160 homes on 117 acres, while still reserving 60% of the land for open space. Also included would be three acres of gardens, a barn, beer garden and tennis club among other amenities.

At Tuesday’s virtual city council meeting, public comment overwhelmingly supported the project, but it hasn’t come without opposition in the past and present. Speakers most recently voicing concerns over traffic and wanting to keep the property as is.

Read the rest of the article at https://fox5sandiego.com/news/local-news/poway-development-proposal-to-appear-on-november-ballot/

Thank you for signing up!
Oops! Something went wrong while submitting the form.

The Farm in Poway 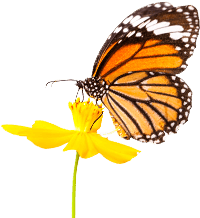